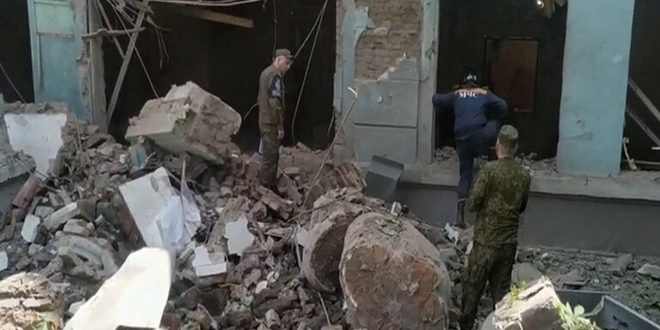 Moscow, SANA- Six people were killed and 14 others were injured in Ukrainian forces shelling Monday in the city of Donetsk.

“The shelling on Donetsk by the Ukrainian armed forces killed six people and wounded 14 others, according to primary statistics,”Russia Today website quoted the regional defense headquarters of the Donetsk People’s Republic as saying in a statement on Telegram.

In turn, Donetsk Mayor Alexei Kolymzin said that the last bombing of the city, including targeting schools, was implemented with US heavy weapons, adding that the bombing is ongoing and heavy artillery is targeting the city and three schools were bombed and there are victims.