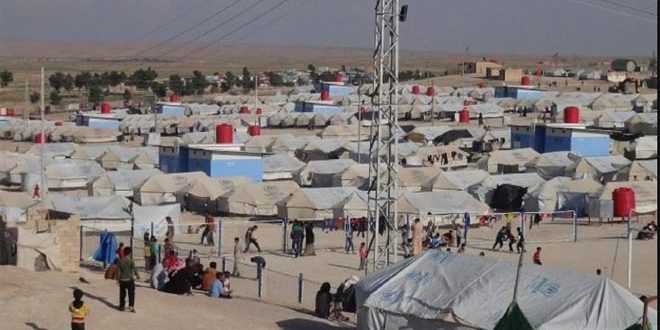 Hasaka, SANA- Five civilians were martyred and a number of women and children sustained wounds of varying severity in the clashes which erupted on Monday between US occupation-backed QSD militia and gunmen affiliated to Daesh terrorist organization in the fifth section of the camp controlled by the militia in Hasaka eastern countryside.

Local sources told SANA reporter that QSD militia closed al-Houl road and all the camp’s gates and imposed a curfew, adding that there is a lack of bread and water in the camp.

On Monday, an explosion occurred at one of the gates of al-Houl refugee camp, followed by violent clashes between QSD militia and unidentified gunmen in the fifth section of the camp.