New round of Ukraine-Russia talks to begin in Istanbul, Turkey 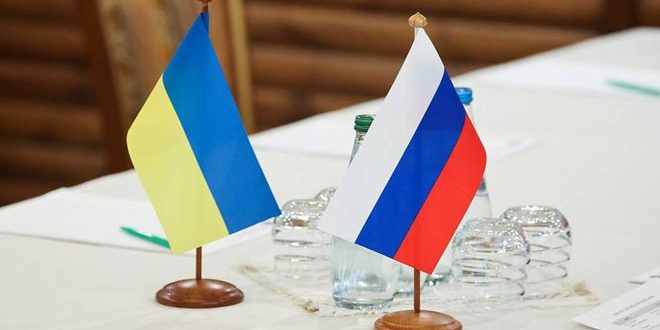 Istanbul, SANA- A new round of Russian-Ukrainian negotiations was launched on Tuesday in Istanbul Turkish city.

Two delegations representing Moscow and Kiev are participating in this round, which is scheduled to discuss a number of issues to reach an agreement on a ceasefire in Ukraine.

On Sunday, Russia and Ukraine agreed to hold a new round of negotiations on Tuesday and Wednesday, while previously, the Moscow and Kiev delegations held three rounds of negotiations in Belarus and a meeting in Turkey between the Foreign Ministers of the two countries, Sergey Lavrov and Dmitry Kuleba.