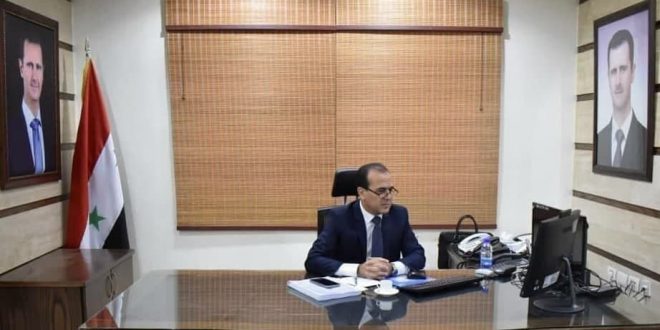 Damascus, SANA – The meeting of the Council of Ministers of the Organization of Arab Petroleum Exporting Countries (OAPEC), which was held on Thursday via video, concluded its activities with member states approve that Damascus would host the Arab Energy Conference in 2024.

The Ministers of Energy and Petroleum, including Minister of Petroleum and Mineral Resources, Bassam Tohme, agreed that Syria would head the Council of Ministers of OAPEC as of January 2022 until January 2023.

The 107th meeting of the OAPEC Council of Ministers was held on Thursday to discuss the organization’s estimated budget for 2022.