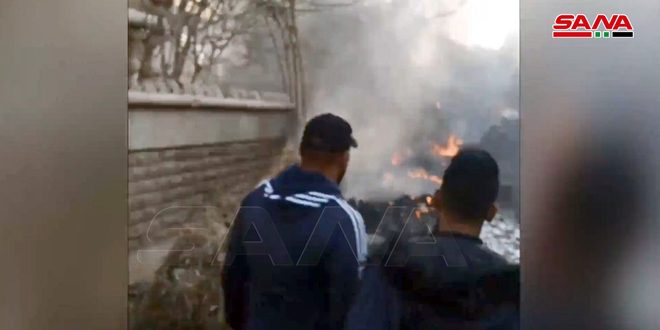 Deir Ezzor, SANA- Seven members of the engineering units of the Syrian Arab Army were martyred and Five others were injured while dismantling mines left by Daesh terrorists in al-Qusour neighborhood in Deir Ezzor.

Deir Ezzor Police Commander, Bilal Mahmoud, told SANA reporter that while the engineering units were dismantling mines and explosive devices, left by Daesh terrorists within one of their former dens in al-Qusour neighborhood, and as a result of the friction, an explosive device exploded, claiming the lives of seven members and five injured.