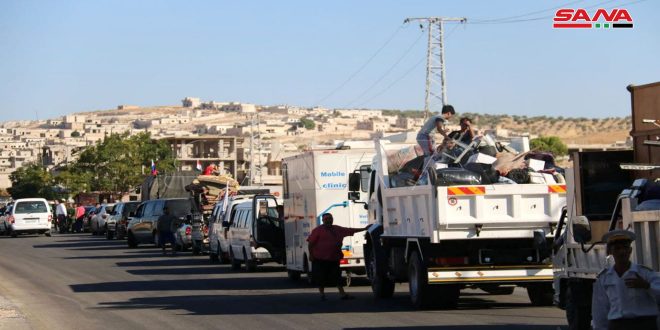 Idleb, SANA- Eighteen displaced families returned on Tuesday to Hish village in Idleb countryside after providing necessary service need to the area and dismantle it from remains of the terrorists.

SANA reporter quoted a source in Idleb province as saying that the families entered Hish village in Khan Sheikhoun area and inspected their homes and lands after Idleb province re-opened the main and sub roads and removed the debris to facilitate the main services to citizens.

The source added that Idleb Governorate will prepare studies in order to rehabilitate the infrastructure and basic services in the village, particularly the water networks and schools as soon as possible.