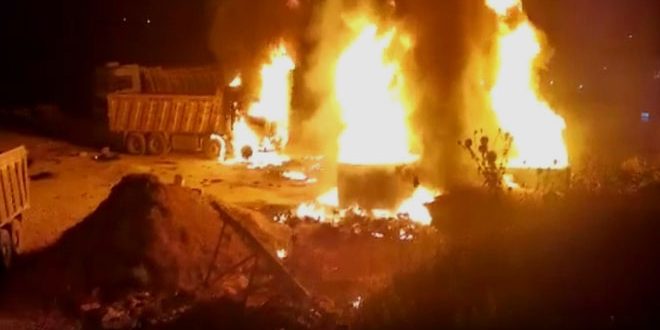 Beirut, SANA- Lebanese caretaker Minister of Health Hamad Hassan, has announced that the number of victims of the explosion at a fuel depot in the town of al-Talil, Akkar, northern Lebanon, has risen to 22, and more than 79 were injured.

For his part, Mayor of Al-Talil Joseph Mansour confirmed that the situation is not normal, and the fuel depot that exploded is for building supplies, and its owner is not in the town.

In turn, the General Directorate of Civil Defense in the Lebanese Ministry of Interior and Municipalities announced in a statement that the fire caused by the explosion was completely extinguished and field surveys continued.

The Lebanese National News Agency stated that the circumstances of the explosion are still unclear pending the outcome of the investigations and hearing the testimonies of the injured, most of whom were gathered around the tanker to fill fuel.

Meanwhile, members of the Lebanese army, the Red Cross and the Civil Defense are continuing their search for possible missing persons.