US occupation removes 40 Daesh terrorists from prisons of QSD to its base in al-Shaddadi , Hasaka 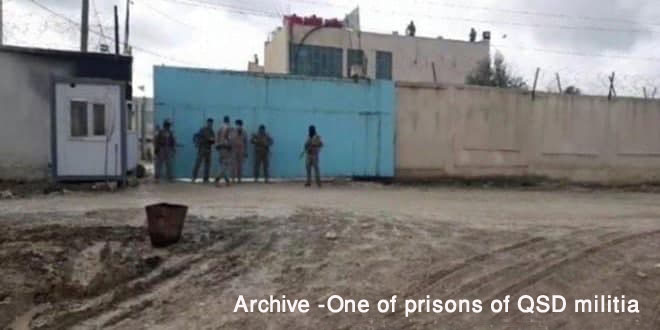 Hasaka, SANA- The US occupation forces removed tens of Daesh terrorists from the prisons of QSD militia in Hasaka province to recruite them in service of the other occupation schemes.

Special sources told SANA that the US occupation forces removed 40 Daesh terrorists detained in the Industrial Secondary Prison and so-called Self-Defense Prison at the southern entrance of Hasaka city to its base in al-Shaddadi city.