Zakharova: US should remove its traces in Iraq, Libya, Afghanistan and Syria 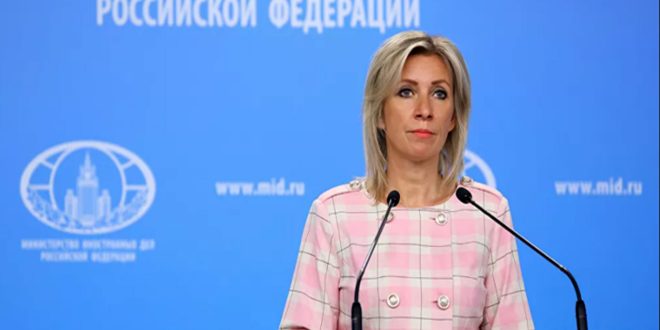 Moscow, SANA- Russian Foreign Ministry Spokeswoman Maria Zakharova has called on the United States of America to “eliminate its traces” from Iraq, Libya, Afghanistan and Syria in response to statements by Vice Chairman of the Joint Chiefs of Staff (JCS) of the US Armed Forces General John Hyten.

Russia Today website quoted Zakharova as saying in a post on Telegram on Tuesday that “perhaps before the US body focuses on threats in the Middle East, it should remove its small traces in Iraq, Libya, Afghanistan and Syria,” referring to America’s disruptive role in the region and the world.

Hyten said earlier that the United States, seeing developments in Afghanistan and Iraq, “should not ignore the threats in the Middle East, but rather deal with them differently, leaving small footprints so that our body is more focused on threats from China and Russia.”