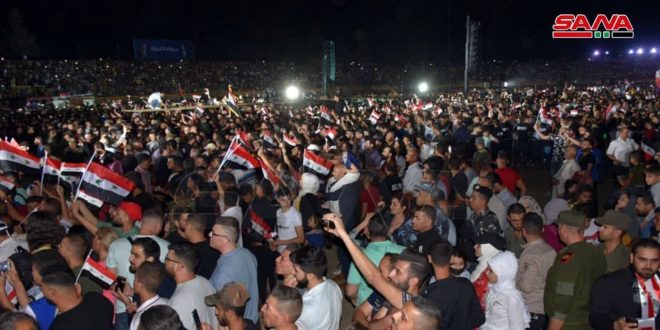 Havana, SANA- Iranian Ambassador to Cuba, Sayyed Muhammad Hadi Sobhani, congratulated the Syrian people on their success in fulfilling the presidential election, pointing out to the great popular majority that President Bashar al-Assad has got in the election.

During his meeting with Syria’s Ambassador to Cuba, Idris Mayya, at the embassy in Havana, Sobhani reiterated his country’s support for Syria in all fields, describing relations between the two friendly countries as strong and deep.

For his part, Ambassador Mayya said that the presidential election and the popular participation in it inside and outside Syria dealt a blow to the countries that worked hard to impede this entitlement.

“The wide popular participation in the presidential election in Syria has proved that this country is capable of facing difficulties,” Cuban journalist Maria Victoria Valdez said in an article published by the Cuban Revista Bohemia magazine

Valdez stressed that the massive popular participation in the election is an evidence that the Syrian people reject to submit to the US and Western dictates despite all terrorism they faced.