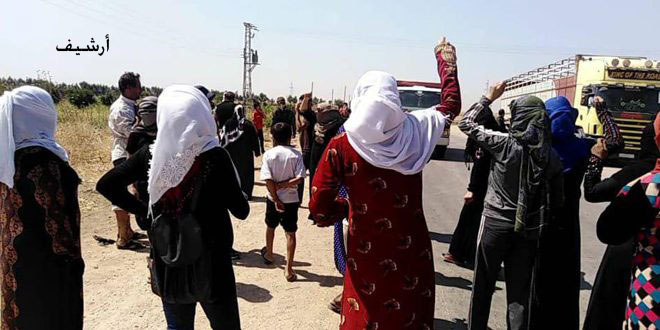 Hasaka, SANA- The US-backed QSD militias seized large areas of agricultural lands in the surrounding of al-Aresha refugee camp in Hasaka southern countryside under the pretext of expanding the camp.

Civil sources told SANA reporter that armed groups of QSD forced the people to sell their lands at low prices and expelled those who rejected to sell.

The sources added that QSD militia intend to transfer the refugees in al-Hawl camp to al-Aresha one, and removed part of the irrigation canals of al-Basel Dam south of Hasaka, which irrigate thousands of hectares.

2021-06-11
Mhamad
Share
Previous Conclusive evidence shows US involvement in training and arming terrorists to carry out attacks in Syria
Next Prime Minister inspects situation of services in Jramana city , Damascus