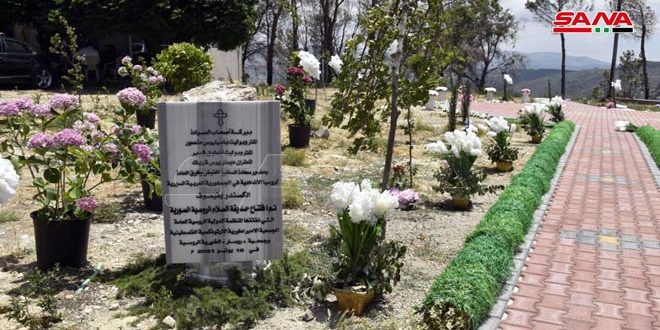 Tartous, SANA-Syrian-Russian Peace Park was inaugurated on Thursday at Jabal al-Sayyida in Mashta al- Hilu of Tartous. The park was established by the International public organization “The Imperial Orthodox Palestinian Society, and the Syrian-Russian “charitable fund” Russar.

Russian Ambassador in Damascus, Alexander Efimov, said that opening the Park has many symbols and meanings which coincided with the Russian National Day and the winning of President Bashar al-Assad in the election.

He added that the step is an expression of the strong relation and cooperation between Russia and Syria.

For his part, representative of the Imperial Orthodox Palestinian-Russian Society, Oleg Fomin, said the park, which is established on the Syrian land, will become a symbol of friendship and cooperation between the two countries and express joint efforts to restore the circle of life to Syria which fights against terrorism to achieve the final victory.