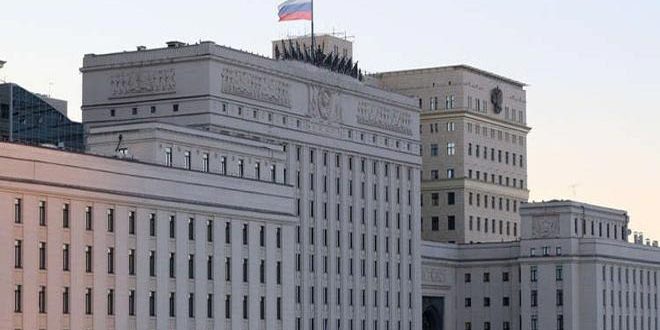 Moscow, SANA- The Russian Ministry of Defense has announced the killing of a Russian serviceman and the injury of three others in a mine explosion that targeted their armored vehicle in Hasaka Province.

The Ministry said in a statement that the detonation of an explosive device that targeted a Russian military police patrol in Hasaka countryside on Wednesday resulted in the killing of a Russian serviceman and the injury of 3 others.

The Ministry noted that the three wounded servicemen were rushed to hospital and their lives were not now in danger.

Russia has been participating in the war on terrorism alongside the Syrian Arab Army since September 2015 at the request of the Syrian Arab Republic. During this period, great victories have been achieved and the terrorist organizations suffered heavy losses.