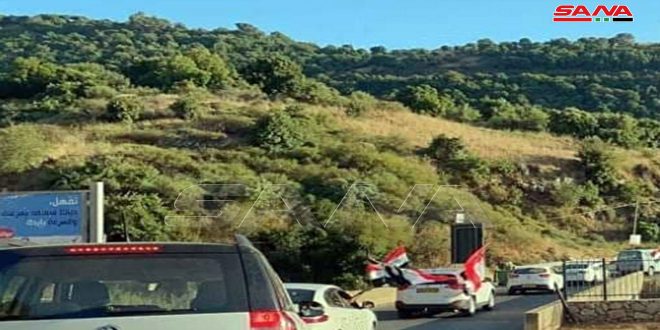 Golan citizens organized a car rally on Wednesday that toured various occupied towns in support of the constitutional entitlement and in assertion of their adherence to the Syrian Arab identity and their homeland, pointing out that they are an integral part of the Syrian Arab Republic and stand by the president elected by the Syrians.

They stressed that holding the election within its constitutional deadline as an application to the principle of sovereignty represent, after ten years of the hostile war, a sign of recovery and victory over the aggression.