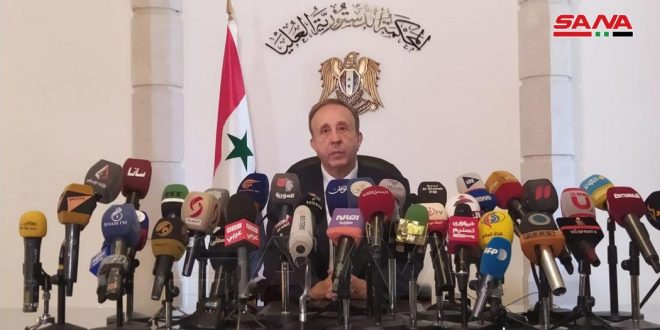 Damascus, SANA- The Supreme Constitutional Court announced on Monday its final decision on the list of candidates for the post of President of the Republic, which includes Abdullah Salloum Abdullah, Bashar Hafez al-Assad and Mahmoud Ahmad Mar’ai.

Chief of the Supreme Constitutional Court Mohammad Jihad al-Lahham said in a press conference that the Court General Panel studied the complaints filed with the court by the candidates for the post of President of the Republic, and decided to reject them.

Al-Lahham added that the court set the election campaign for the candidates from May 16th to 24th, and that Tuesday, May 25th is set as a day of pre-election silence.

He noted that the court works in accordance with the Constitution and the law, based on official documents from the relevant official bodies attached to the candidacy applications and does not pay attention to rumours, confusion, or complaints against any candidate that are not based on documents.