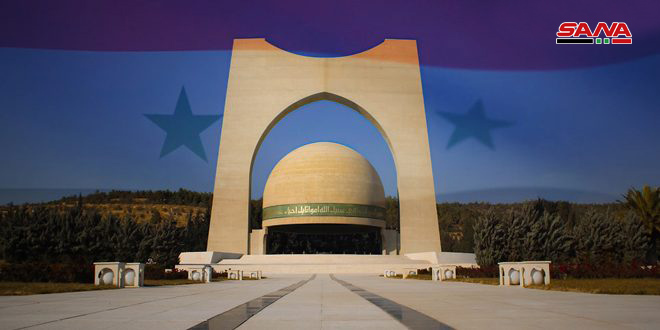 Damascus, SANA- In Syria, the honest soldiers rush into the battlefields, not intimated by death, their slogan is “victory or martyrdom,” they go up to heaven as martyrs while believing that their blood paves the way to victory.

Today, just like yesterday, on May 6, 1916, when heroes in Damascus and Beirut received the gallows with their eyes yearning to a bright future with the will of victory.

The Syrians, who have offered thousands of martyrs in defense of the homeland, celebrate on May 6th, 2021, the 105th anniversary of Martyrs’ Day.

Martyrs’ Day is a national holiday commemorating the Syrian and Lebanese nationalist thinkers and intellectuals who  were executed in Damascus and Beirut on May 6th,1916, by the Ottoman occupation.

The Syrian and Lebanese martyrs were executed in both Marjeh Square in Damascus and Burj Square in Beirut.

Today, with the defeat and expulsion of terrorism from the majority of Syrian territory thanks to the sacrifices of the Syrian army heroes and the blood of the martyrs, the Syrians are rallying around their army and their leader to complete the road of victory and defeat, expel terrorism and occupation from the entire land of Syria and launch the process of reconstruction in the near future as well.