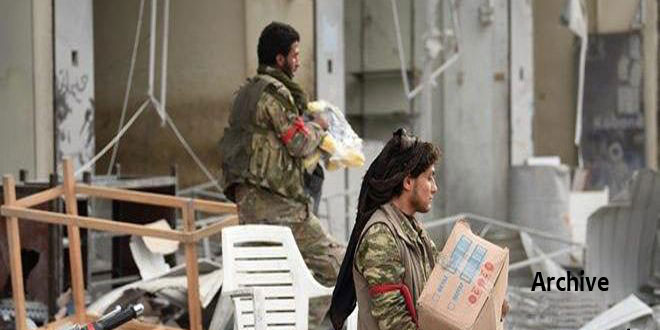 Aleppo, SANA- One civilian was martyred and two others were injured when  Turkish occupation’s mercenaries of terrorist organizations shot fire against them in al-Burj village in Aleppo northern countryside, while they were defending their houses and preventing them from storming and seizing their houses.

Local sources told SANA that a terrorist group, of the so-called” National Army” affiliated to Turkish occupation, has tried to seize lands and houses of al-Burj village in Aleppo countryside, which promoted the people of the village to confront and clash with the terrorist group which fired them directly causing martyrdom of one of them and injury two others.

The sources added that the terrorist group after shooting one of the civilians dead, it kidnapped his brother and took him to unknown destination as he tried to intercept them and prevent them from entering his land and seizing it.