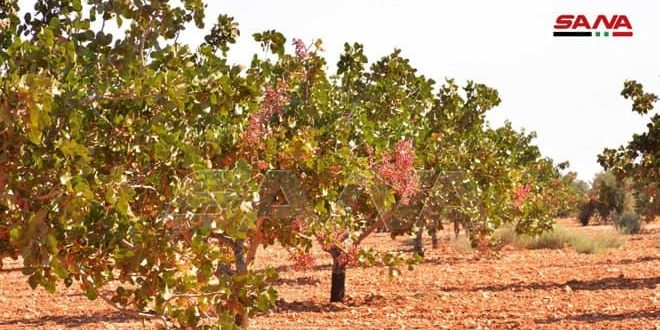 Damascus, SANA- The Ministry of Agriculture and Agrarian Reform said that Syria’s production of pistachio for the year 2020 was estimated at nearly 65 thousand tons.

In a statement to SANA reporter, Director of the pistachio office at the Ministry, Jihad Mohammad, said that the cultivated area distributed over several provinces, where Aleppo which constitutes 40% of the total cultivated areas came first, followed by Hama which form 35 %, then Idleb and Damascus countryside 5% for each, in addition to Homs which started to witness spread of pistachio agriculture in the recent years.

It is noteworthy that Syria is at the fourth rank in the world in pistachio production, and Hama is the most productive province as it covers about half of the production in the country.