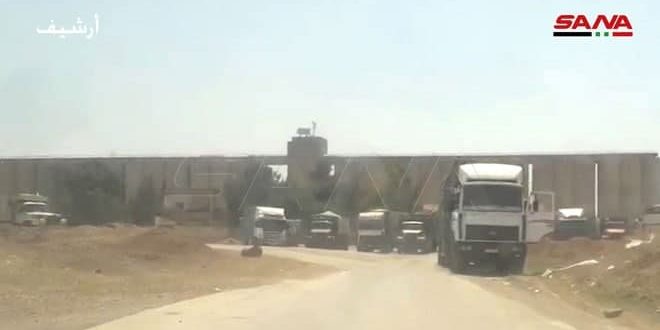 Hasaka, SANA- US occupation forces continued to steal and plunder the Syrian resources of gas and grains with the help of QSD militias which work under their command.

Local sources told SANA reporter that the US occupation forces on Friday brought out a new convoy of ten trucks loaded with stolen Syrian grain from Tal Allo silos in al-Ya’arubyia area in Qamishli countryside via the illegitimate al-Walid crossing.

On Thursday, US occupation forces brought out 32 trucks laden with stolen Syrian wheat.