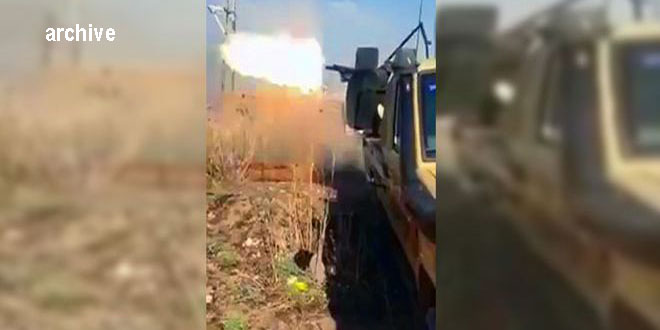 Aleppo, SANA- A child was martyred as a result of clashes erupted between Turkish occupation, its mercenaries of terrorist organizations and US backed- QSD militias in the vicinity of Marea city in Aleppo northern countryside.

Local sources told SANA reporter that fierce clashes with heavy weapons and machineguns have erupted between Turkish occupation, its mercenaries and QSD militia, causing a martyrdom of a child due to the random shootings in the surroundings of Aleppo northern countryside.

The sources noted that the clashes caused a displacement of a number of families and damage to areas of agricultural fields and irrigation canals, which have been established by farmers to irrigate their crops.