OPCW under pressure from Western states to change facts about Syria, former US diplomat affirms 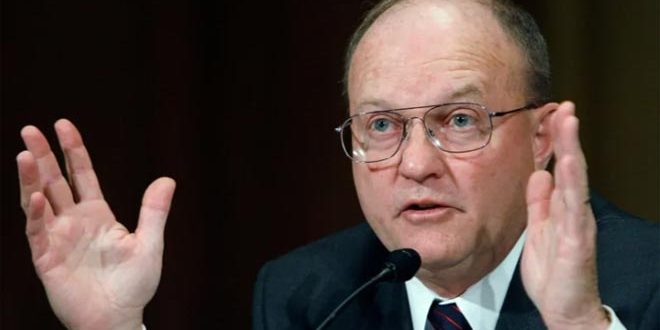 Washington, SANA – Retired US Army Colonel and former chief of staff, Lawrence Wilkerson has affirmed that the allegations raised by the West against Syria come in the context of a long-term desire to target the country.

Wilkerson, in an interview with Press TV, said that international organizations such OPCW are under pressures from Western states to change facts with the regard to Syria.

“In the case of the investigation conducted by the organization into the alleged attack with chemical weapons in Duma in April 2018, the OPCW administration was under pressure from one of the five permanent members of the International Security Council to change facts in order to become consistent with its desires,” he added.

Wilkerson said “leaders of Western countries have exerted pressures on several international agencies to provide results that are harmony with the goals of their policies rather than being in line with the actual facts on the ground, and I believe that this is what happened with the alleged April attacks on Duma,” considering that the external pressure is a factor that undermines the professionalism of these organizations.

The Courage Foundation, a group devoted to defending whistleblowers, has announced recently that the OPCW “evaded” the concerns about its investigation into the alleged chemical attack in 2018 in Duma City, accusing the organization of accepting ” baseless results or maybe manipulated results.”

A leak by an official at the OPCW revealed in March of 2020 that the OPCW administration was involved in launching a sinister and disgraceful attack against two veteran inspectors who proved the incorrectness of the organization’s narrative regarding the alleged attack in Duma and the accusation of the Syrian Arab Army with it to justify the US, British, and French aggression against Syria at the time.

WikiLeaks also has previously published four documents leaked from the organization, exclude the use of chlorine gas in Duma city, and reveal that toxicologists have ruled out that deaths were due to exposure to chlorine. 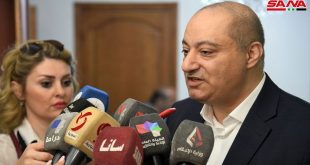 Information Minister: Drama epic “because it is my country” is documentary of army heroisms

Damascus, SANA- Information Minister, lmad Sara, described the drama series “Because It is My Country,” …