Upon directives of President al-Assad, Ambassador Abul-Kareem participates in funeral of late al-Naqqash 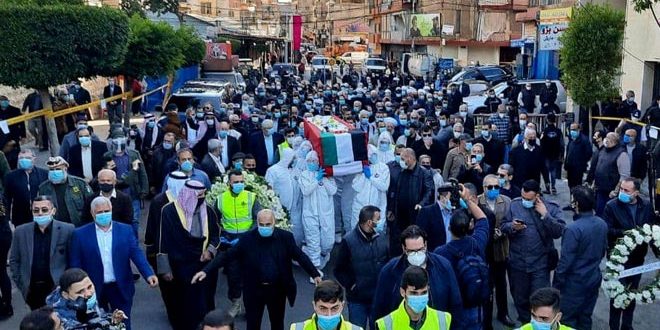 Al-Naqash, who passed away on February 22nd  in a hospital in Damascus at the age of 70, was known for his patriotic stances in support of Syria and the Palestinian cause.

The body of Naqqash was escorted to his final resting place in al-Ghbeiri in Beirut.

During the ceremony of the funeral, the Syrian Ambassador offered condolences of President al-Assad to the family and relatives of late al-Naqqash.

In turn, family of al-Naqqash thanked President al-Assad for that gesture which had a good impact for their comfort. 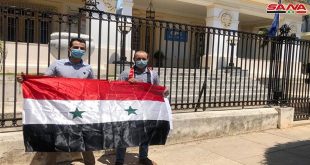