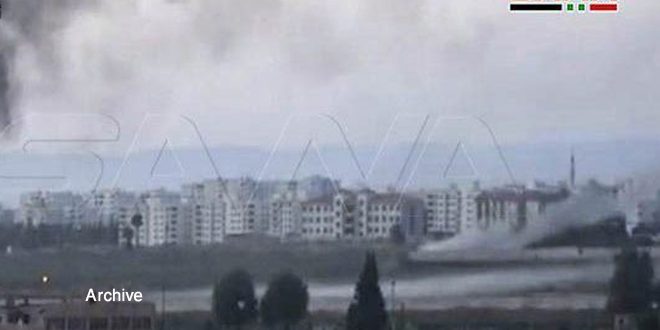 Hasaka, SANA_ Turkish occupation forces and its mercenaries from the terrorist organizations renewed their aggression against homes in the countryside of Hasaka, where they targeted villages and towns in the vicinity of Tal Tamer 40 km north of Hasaka, as part of the policy of pressure and intimidation practiced by the occupation forces to force civilians to leave their villages and towns.

Local sources told that a number of heavy artillery shells fired by the Turkish occupation forces and their mercenaries targeted citizens’ homes in the vicinity of Tal Tamer, causing damage to homes and property.

The Turkish occupation forces and the terrorists holed up under their protection near the Turkish border on Friday launched an attack with artillery shells on the villages of Dada Abdal and Um Harmal and the vicinity of Abu Rasin town, east of Ras al-Ayn, in the northwestern countryside of Hasaka.