Syria produces about 65,159 tons of pistachio for this season…Hama ranks first 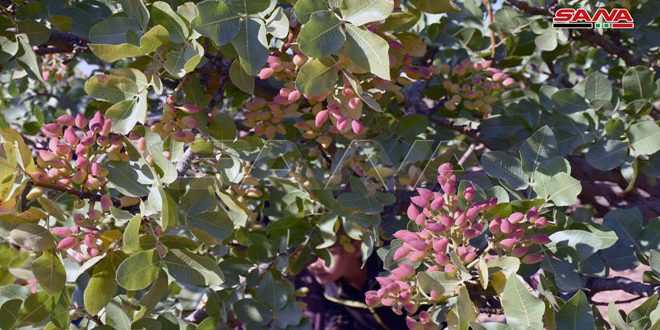 Damascus, SANA_ The Ministry of Agriculture and Agrarian Reform announced that the production of pistachios for this season reached 65,159 tons harvested from 7,700,000 fruit trees in six provinces.

Director of the pistachio office in the ministry Hassan Ibrahim, told SANA that the governorate of Hama occupied the first place in production with about 31,877 tons, followed by Idleb with about 16,276 tons, then Aleppo with a production of 15,372 tons, and the remaining production is distributed between the governorates of Homs, Sweida and Damascus Countryside.

“Until now, 1,449 tons of various types of pistachios have been exported,” he said.