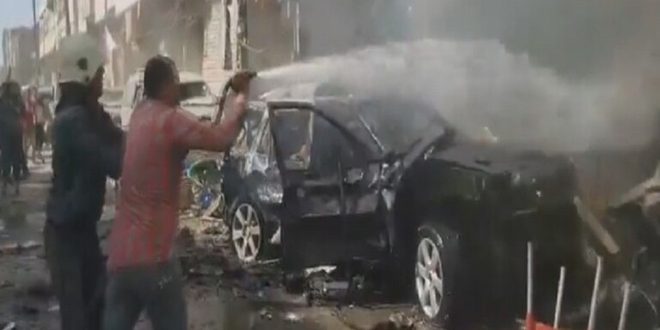 Aleppo, SANA- Seventeen civilians were martyred and more than 40 others were injured in a truck bomb explosion in al-Bab city in the northeastern countryside of Aleppo where terrorist groups, supported by the Turkish occupation forces, are positioned.

Local sources told SANA that a large cargo transport vehicle exploded on Tuesday in the center of al-Bab city, claiming the lives of 17 civilians and injuring at least 47 others and causing a massive damage to the place of the explosion and neighboring buildings, as well as burning a number of cars.

The sources indicated that most of the injuries were critical, which is likely to increase the number of martyrs.

Phenomenon of chaos and insecurity spread in the areas where terrorist groups, who are supported by the Turkish regime, are positioned.