Nine students injured in a blast of bomb left behind by terrorists in Bait Jin, Damascus Countryside 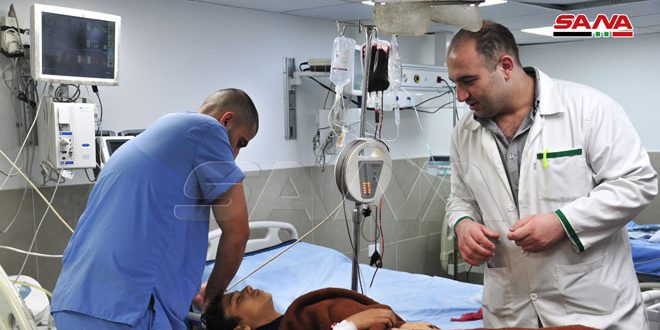 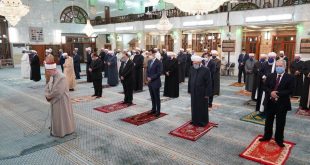 A police source told SANA that a bomb from terrorists’ remnants went off when a number of intermediate school students were passing by in Bait Jin town on the road connecting between the town and its farms, injuring a number of students who were immediately received by the hospital of Khan Arnaba town in Quneitra.

In a similar statement, Director of the School Health at the Education Ministry Hutoun al-Twashi said that the injured students are from the 7th, 8th and 9th grades, adding that their injuries are between light and medium as they were transported to Mamdouh Abaza hospital in Quneitra province. 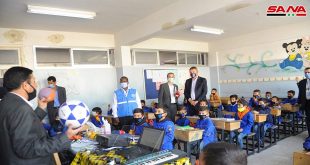