Very hot weather continues to prevail across the country 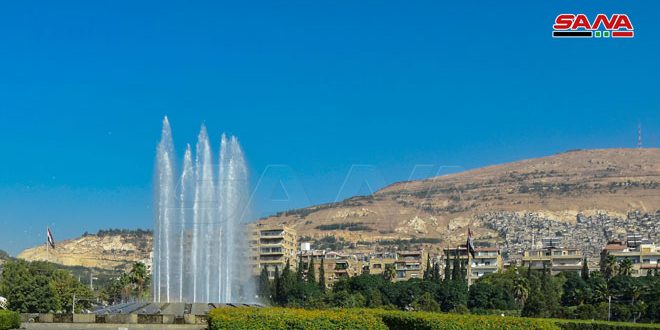 Damascus, SANA-  Temperatures will rise to become from 7 to 10 degrees above average in all areas as the country is affected by a high air pressure accompanied by a semi-tropical mass and high humidity on the coastal region.

The Meteorological Department expected in its Thursday bulletin that the weather will be very hot, between clear to partly cloudy in general, local rain showers accompanied with thunder are expected over the southwestern areas, while it will be misty in most inland areas. The winds will be changeable to northeastern of low speed and the sea waves will be low in amplitude.

The Department warned against exposure to sunlight during the day and fire in the agricultural areas and forests.