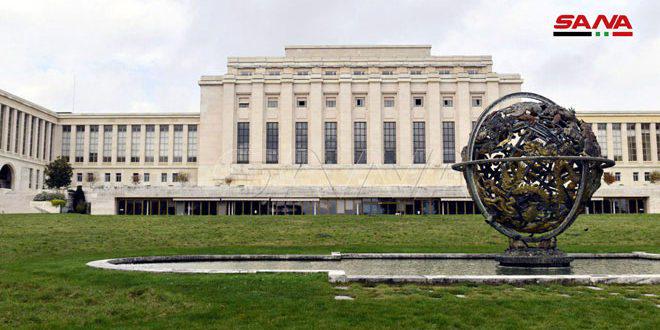 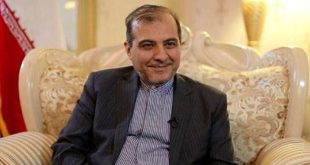 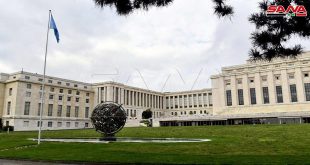 Geneva, SANA – The Mini – Committee of Discussing Constitution on Saturday continued its meetings at the UN HQ in Geneva where a morning session was held with participation of the national delegation and other delegations.

The third round of the Mini-Committee of the expanded body of the Committee of Discussing the Constitution resumed its meetings on Thursday by holding one session after being suspended for two days by the United Nations as a result of detecting coronavirus cases among the participating delegations.

Head of the national delegation to the meetings, Ahmad al-Kizbari, affirmed on Friday the necessity of agreeing on national principles before discussing the constitutional principles, the most important of which are respect for the sovereignty, unity and independence of the Syrian Arab Republic’s territories, which is a noble national principle.

Mini-Committee of the expanded body of the Committee of Discussing the Constitution 2020-08-29
m.eyon
Share
Previous Coronavirus infections surpass the threshold of 24 million case worldwide
Next Kahraman … A painting and photography exhibition embodying promising youth talents