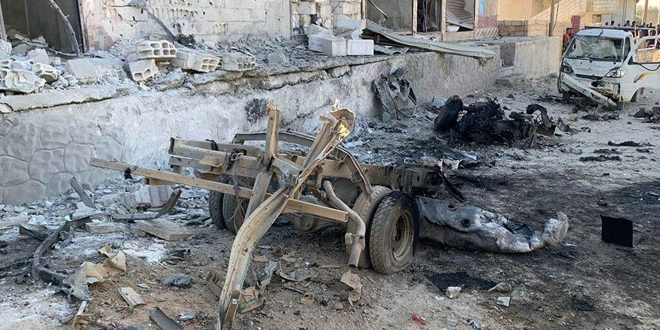 Raqqa, SANA- Two civilians have been injured in explosion of a car bomb in Slouk town in Raqqa northern countryside where Turkish occupation forces and their mercenaries of terrorist groups spread.

Local sources said that a car rigged with huge amounts of explosives went off in Slouk town which is affiliated to Tal Abyad area in Raqqa northern countryside causing the injury of two civilians, in addition to material damage to the houses and properties.

In framework of their aggression on the Syrian territories, the Turkish occupation forces and their mercenaries of terrorist groups on the 13th of last October occupied Tal Abyad City after shelling its neighborhoods with all types of weapons and destroying the infrastructure in it as a large number of its locals have been displaced.