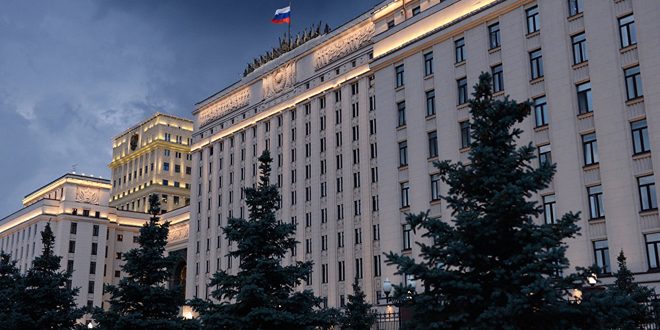 Moscow, SANA- Russian Defense Ministry said that terrorist groups positioned in Idleb and its countryside carried out attacks on several villages and towns in the liberated countryside of Idleb from terrorism.

Head of the Russian Coordination Center Oleg Zhuravlev said that we have registered a number of shelling attacks by terrorist organizations from their positions on a number of towns in Idleb , including al-Dahr al- Kabir , Mallajah, and Maaret Moukhos.