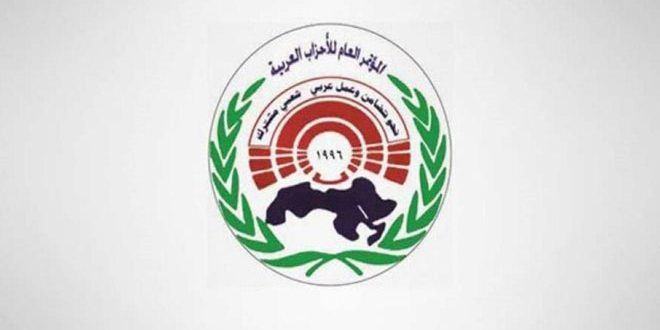 Beirut, SANA _ The General Secretariat of the General Conference of the Arab Parties affirmed its complete rejection of the US decision related to the occupied Syrian Golan, emphasizing that Golan is a Syrian Arab land that will be liberated from occupation.

In a statement released on the 72nd Nakba anniversary on Friday, the General Secretariat denounced the US policies and the tight economic blockade being imposed on Syria and Iran and all states in the axis of resistance with the aim of weakening them and preserving the so-called security of the Zionist entity.

The statement also denounced the rushed steps towards normalization and the clear support in deeds and words for the Israeli aggression against Gaza.

The Palestinians are adamantly adhering to the option of resisting occupation, the statement said.

It renewed complete rejection of the US President Donald Trump’s decision to transfer the embassy of his country to al-Quds and all the measures related to the so-called the deal of the century which aims to liquidate the Palestine cause.