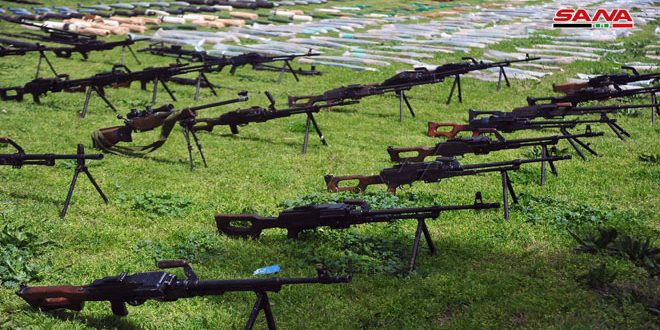 A source told SANA that the authorities received tips on hidden weapons and ammo in Karm Rasas area in Douma farms near the Damascus-Homs International Highway, and investigation uncovered a cache hidden underground containing 40 boxes of machinegun rounds and 5 boxes of grenades.

In addition, the authorities foiled an attempt to smuggle around 100,000 detonators and around 538 bags of narcotics in a border area, arresting the smugglers.