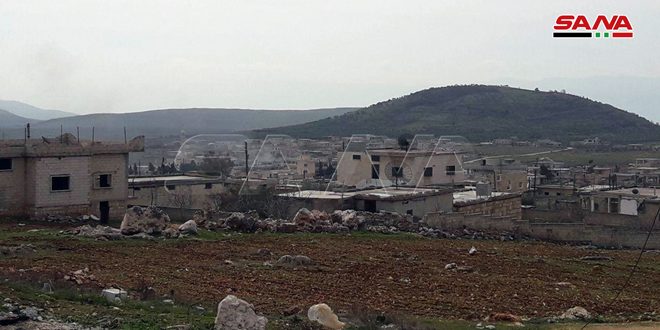 “Army units responded to the fire sources and destroyed them, causing direct causalities among the terrorists’. The reporter added.

In 19th of this month, Army units eliminated terrorist groups backed by Erdogan’s regime tried to attack army positions on the direction of Heazareen village in Idleb southern countryside.

Terrorists groups breached the cessation of hostilities agreement dozens of times since it was applied in the 6th of this month by shelling the army points and safe areas in the countryside of Aleppo, Idleb and Lattakia with machine guns and missiles.