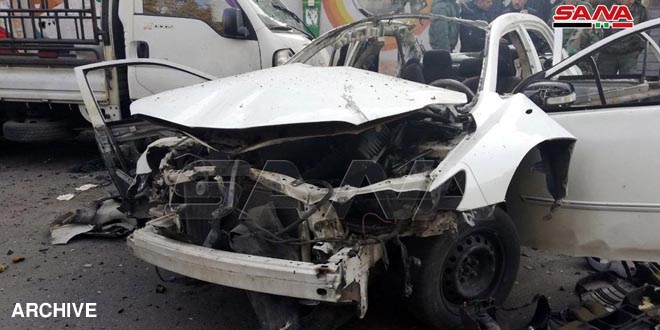 In a statement to SANA, a source at the Interior Ministry said that an IED planted in a car by terrorists went off on Monday in Jaramana in Damascus Countryside, causing material damage and no civilian causalities were reported.

On Feb 25, one civilian was martyred and two others were injured in an explosion of two IEDs planted by terrorists in two cars near Tishreen Stadium and at the entrance of the Umayyad Tunnel in Damascus city.