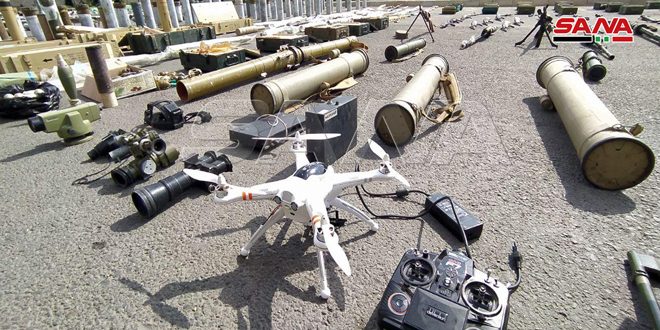 Damascus Countryside, SANA- The competent authorities on Thursday found weapons and ammunition, some of which are made in Turkey, in addition to an amount of drugs left by terrorists in the southern region.

The reporter added that an amount of drugs estimated at hundreds of Kgs of Hashish was also found.

The army units, in cooperation with the competent authorities continue combing operations of the villages and towns in all areas which have been liberated by the Syrian Arab Army from terrorism.