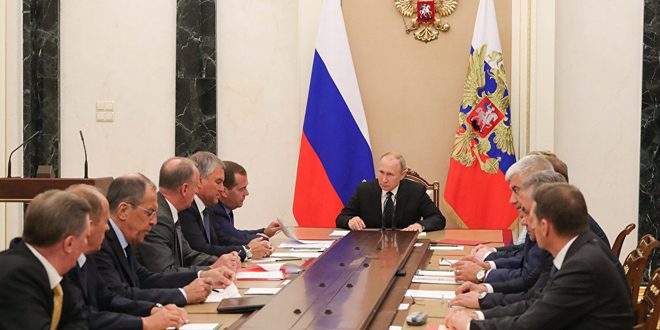 Moscow, SANA-The Russian President Vladimir Putin reviewed on Friday with members of the Security Council of the Russian Federation (SCRF) the situation in Idleb province.

According to RT, Kremlin Spokesman Dmitry Peskov said that Putin reviewed with members of SCRF the developments of the situation in Idleb.

In the same context, the Russian Defense Ministry demanded this regime to stop supporting terrorists and providing them with arms.