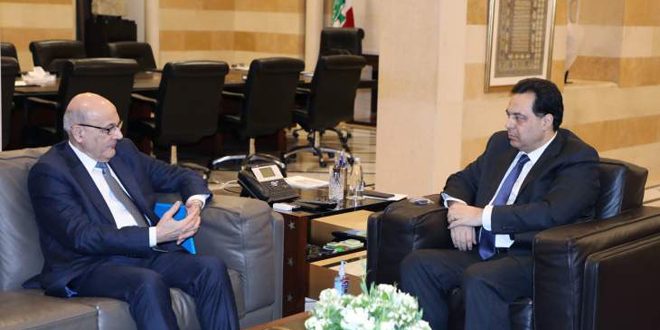 In a statement after his meeting  with Diab, Khoury   said: “  I had  submitted  a detailed report  about the matters which need to be followed up in Lebanese-Syrian relations basing on  agreements  signed between the two  sides.

He clarified that the discussions  touched upon urgent issues which will be dealt with where both sides agreed upon following  up the  communications in this regard .

Prague, SANA_ The continued imposition of the unilateral coercive economic measures on Syria by Western …