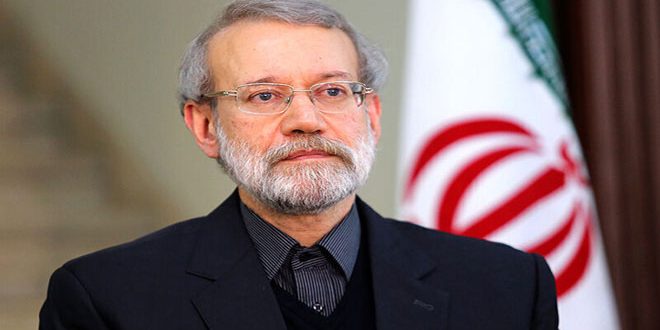 Tehran, SANA – Speaker of the Iranian Islamic Shura Council, Ali Larijani affirmed that most of the Syrian territories have become safe after the triumph over terrorism, noting that the presence of terrorist pockets in some areas came as a result of the foreign interference, but a significant advance has been achieved in ending the spread of terrorism.

Iranian News Agency (IRNA) quoted Larijani as saying in a statement on Tuesday that the cooperation between Iran and Syria in combating terrorism has achieved significant results as they have dealt a strong blow to terrorism.

Larijani noted that his country has gained great achievements in consolidating sustainable security in the region.

Larijani indicated the stability of the situation in Syria paves the way for the reconstruction process and investment.

He pointed out that his country possesses potentials in the commercial, agricultural and industrial fields which can be benefited from in Syria, describing his visit to Syria and Lebanon as “positive”.