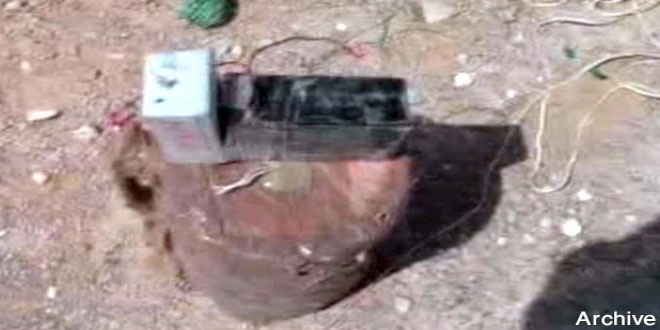 Hasaka, SANA – Two people were martyred in the explosion of an IED planted among scrap items at a private workshop in Qamsihli city, Haska province.

SANA’s reporter in Hasaka said two workers at a workshop in Qamishli were martyred in the explosion an IED that had been planted in a broken electric engine that was collected with other scrap items for recycling at the workshop.