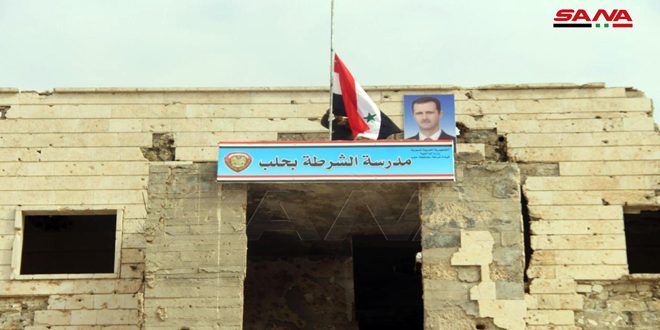 The Command also put a police point in service in al-Zarba town southwest of Aleppo, and deployed units of Internal Security Forces on the international highway from the town towards Aleppo western entrance.

Speaking to SANA, Commander of Aleppo Police Maj. Gen. Issam al-Shelli pointed out to the strategic importance of the Police Academy’s location which was a target for terrorist groups, hailing the sacrifices made by the Internal Security Forces and the Syrian Arab Army to defend the school against the terrorists. 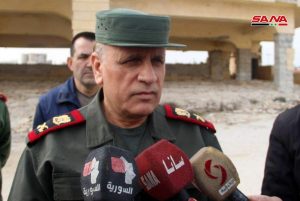 The school will be rehabilitated and put in service in the coming days, he added.

SANA’s camera documented the return of several industrialists inspecting their facilities in al-Zarba area, as well as the deployment of Internal Security Forces to restore security and stability in the area.