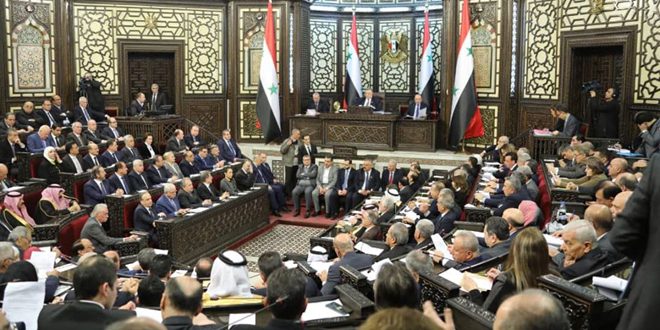 During the meeting, Premier Khamis said that the escalating aggression against Syria in its various forms led to economic repercussions that were meant to turn the people against the state, specifically the decrease in the Syrian Pound exchange rate, which increased burdens on citizens and hindered economic plans and programs. 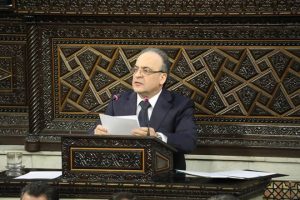 He said that the government is working to deal with the rise in prices and limited income from which citizens suffer, and this is done using various steps, some of them urgent that seeks to alleviate citizens’ suffering and provide their needs.

The Prime Minister said the government is working to rebuild national economy, but the challenges spawned by the war affected the government’s performance and often led to changing its priorities, sometimes on daily basis.

For their part, members of the Assembly said the war imposed on Syria left a deep impact on the Syrian people, which requires more efforts by the government to improve living conditions, provide citizens’ needs, and combat corruption.

The members praised the recent decrees on stricter punitive measures against those who deal in anything other than the Syrian Pound or make false claims to destabilize its exchange rate.

They also called for improving wages, curbing the rise in prices, holding those who monopolize goods accountable, and find a solution to electricity rationing.