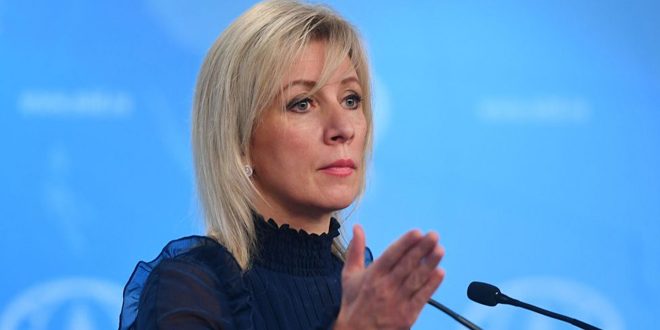 In a statement on Saturday, Zakharova said that this presence comes to complement the hostilities behind which Washington stood, violating the international law, as happened in Yugoslavia, Iraq and other countries.

“Washington also violates the agreements concluded between it and the United Nations, as it often refuses, in the recent period, to issue entry visas to representatives of foreign countries who want to come to New York to attend United Nations activities.” The Russian diplomat added.

She pointed out that the US unilateral withdrawal from the joint comprehensive plan to settle Iran’s nuclear program is a violation of the UN Security Council resolution in this regard, noting that the actions of the US administration have often become inconsistent with the United States constitution itself.