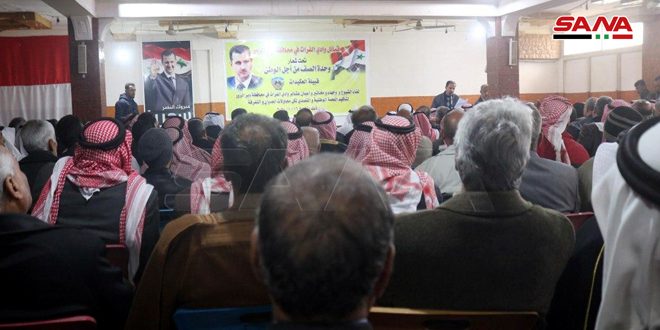 Deir Ezzor, SANA- Participants in the Assembly of the Euphrates Valley Tribes and clans underlined on Thursday their commitment to the Syrian sovereignty and national stances, showing their support to the Syrian Arab army against the Takfiri terrorist groups, separatist factions and all forms of aggression.

The participants in the Assembly that was held under the motto “Unity of Rank for the Homeland,” in the presence of a big number of sheiks and dignitaries of the Euphrates region, stressed in a statement their support to national unity and standing by the army in the face of Takfiri terrorist groups, separatist factions and all forms of aggression.

“The assembly represents all clans of the Euphrates Valley in Deir Ezzor province and they are all against the American project and its occupation forces,” Sheikh of al-Bakara Tribe Nawaf al-Bashir told SANA. 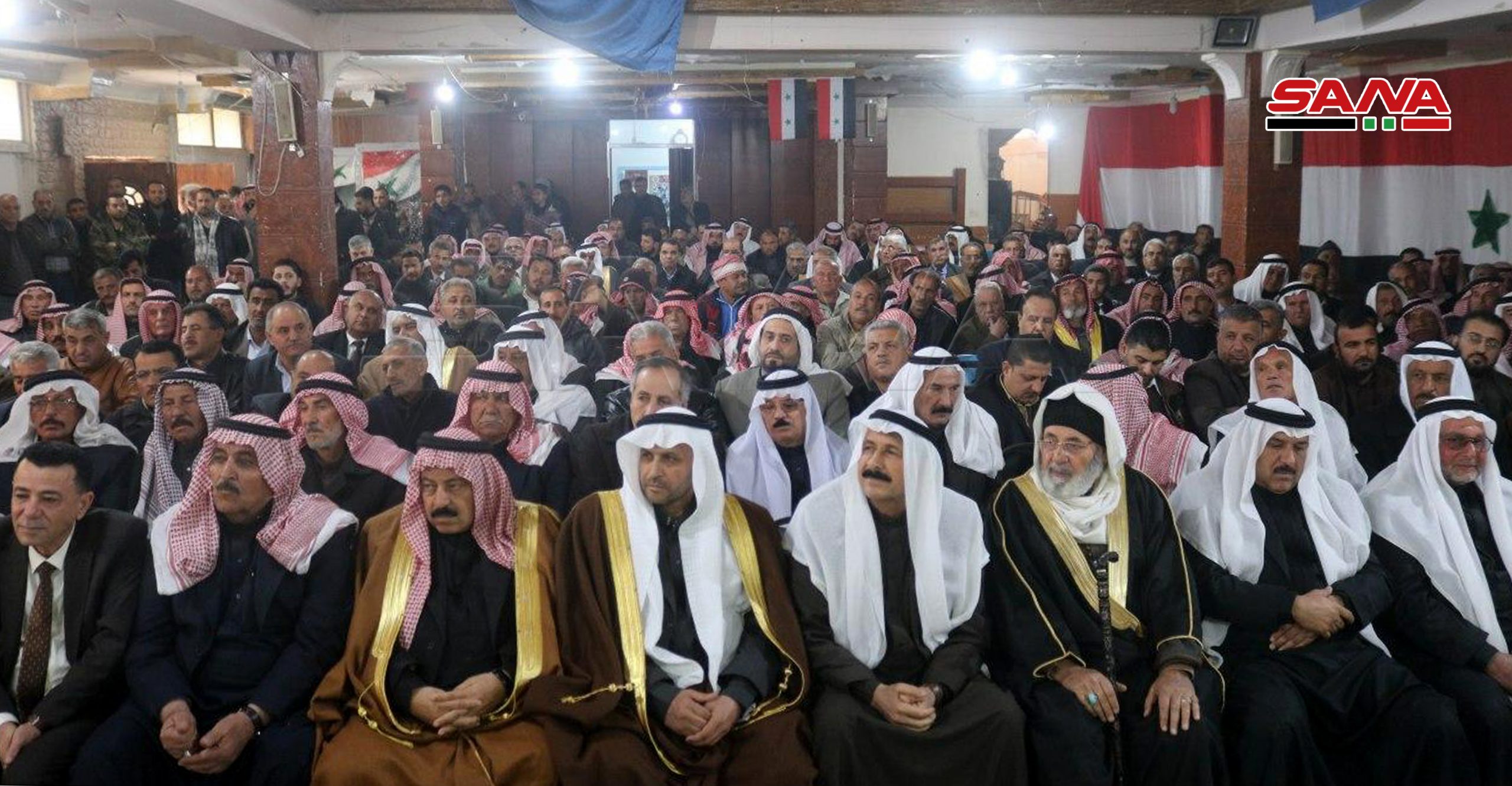