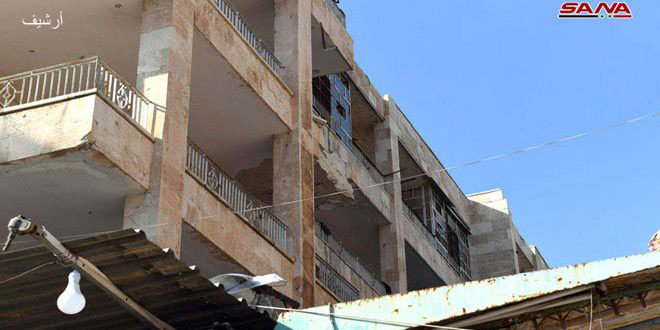 Aleppo, SANA- One civilian was martyred in a terrorist sniper attack that targeted Jam’ayat al-Zahra residential neighborhood in Aleppo city.

A source at Aleppo Police Command said in a statement to SANA reporter that a civilian mas martyred in a sniper attack by terrorist organizations on al-Nawras Square in Jam’ayat al-Zahra neighborhood, west of Aleppo City.

Terrorist groups positioned on the western outskirts of Aleppo city target the residential neighborhoods in the city and the safe surrounding villages and towns claiming the lives of dozens of civilians and injuring others, in addition to causing material damage to the houses and the public and private properties.