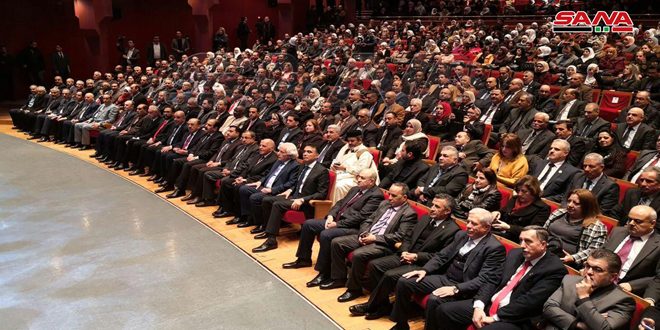 Damascus, SANA_ Under the patronage of President Bashar al-Assad, activities of the 20th general conference of the Arab Teachers Union kicked off in Damascus on Monday.

Delegations from 13 Arab countries are taking part in the 3-day conference which will discuss the educational process, educational situations in the Arab world, the difficulties facing it and ways to develop this process in addition to cooperation relations between members of the Union.

During the conference, the conferees will elect new general secretariat for the Union.

The conference will be accompanied by an afforestation campaign and the opening of a medical center for teachers in Damascus as well as screening documentary films.

The 19th conference of the Arab Teachers Union was held in Damascus in May 2015.