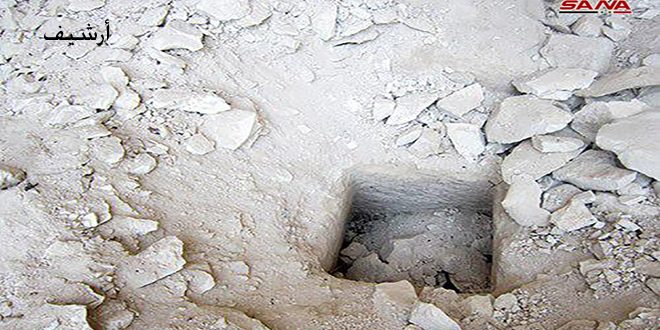 Aleppo, SANA – Terrorist groups supported by Erdogan’s regime continue to carry out illegal excavations and diggings in archeological sites in Efrin northwest of Aleppo to loot artifacts and vandalize the sites.

Local and media sources said that terrorists from the Turkey-backed Sleiman Shah organization are demolishing and bulldozing shops adjacent to al-Tahtani Mosque in the town of al-Sheikh Hadid in Efrin area in search of archeological artifacts to smuggle to Turkey.

The sources said that these acts are similar to what is being done by terrorists from al-Hamzat group since mid-December in the village of Juqa in Efrin, where the terrorists dug up several sites including Sheikh Jamaleddin shrine, transporting several bags from these sites.