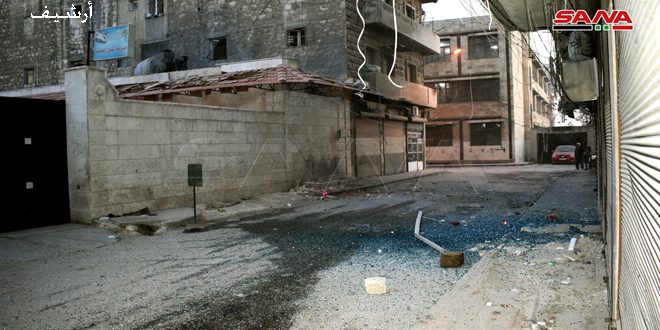 Aleppo, SANA – Once civilian was injured on Friday as a result of a terrorist rocket attack on Aleppo city.

SANA’s reporter said that terrorists located in the western outskirts and northwestern countryside of Aleppo city fired several rockets at the city which fell in Jam’iet Rouad al-Siyaha neighborhood in al-Hamadaniya area, injuring one civilian and causing material damage.