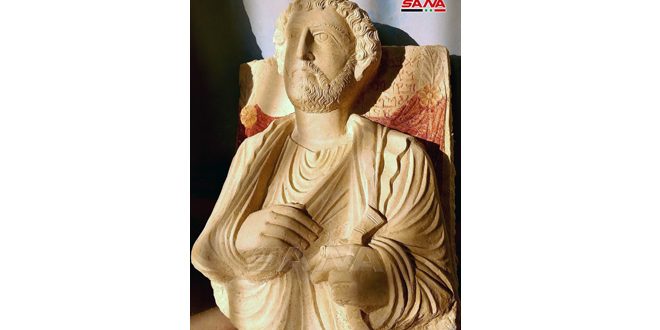 Palmyra, SANA- Authorities in Palmyra city in Homs countryside discovered an archeological funeral bust which was looted by the terrorists of Daesh (ISIS) terrorist organization from one of the cemeteries in Palmyra and left it behind after they were defeated.

Director of Palmyra National Museum Khalil al-Hariri told SANA in a statement that the statue, which is made from hard limestone, dates back to the 2nd century AD. The statue is a sculpted image of a man from Palmyra, and represents a funeral tombstone.

The red paint on the shoulders of the statue indicates the curtain of death behind the man, al-Hariri added.

It is noteworthy that this plaque was preserved within the corridors of the National Museum of Palmyra. 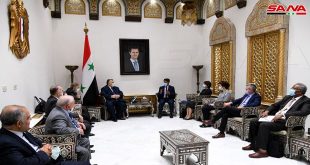 Syria, WHO to enhance cooperation in medical domain