UN official: Tens of thousands of terrorists exist in Idleb 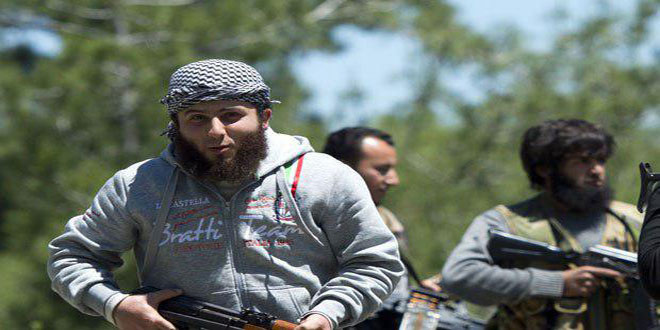 Moscow, SANA- The coordinator of the UN special team for Monitoring the terrorist organizations Edmund Fitton Brown affirmed the existence of tens of thousands of terrorists in the city of Idleb.

In a statement to the Russian Sputnik News Agency on Friday, Brown said Idleb includes far more than ten thousand terrorists, referring that the so-called Hurras ad-Din “The Guards of Religion” terrorist group, affiliated to the terrorist al-Qa’eda Organization, which includes several thousands of terrorists.

He added that he did not have accurate information about the number of Daesh terrorists in Idleb, but he said that the terrorists set fortified positions to protect their leaders.

Brown went on to say that the foreign terrorists in Syria and Iraq are more than 40000.

Last August 3, a UN report affirmed that Idleb and Afghanistan are the largest hotbeds for foreign terrorists in the world, pointing out that most of them are affiliated to al-Qa’eda terrorist organization.

Many European officials have been warning against the rebound of the terrorism which was funded and armed by the US, its western allies and regional tools to target Syria and the region.