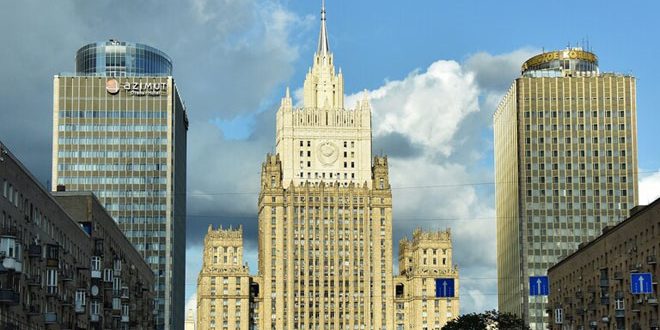 Moscow, SANA_ The Russian Foreign Ministry has reiterated that there were serious shortcomings in the activities of the Fact-Finding Mission (FFM) on the alleged use of chemical weapons in Syria, pointing out that such shortcomings violate the standards of the Chemical Weapons Convention (CWC).

The Russian Itar Tass News Agency said in a statement on Friday that “the mission’s reports are based on information that were obtained remotely from some anti-Syrian government groups and that completely ignored the information presented by the official authorities in Syria. Investigations are also conducted regardless of the procedures provided in the Chemical Weapons Convention.”

The statement added that “there were doubts about the staff of the fact-finding mission which is dominated by representatives of Western countries and their allies.”

According to the statement, the “report of experts” doubted the work of the Organization for the Prohibition of Chemical Weapons (OPCW) upon preparing its report on the alleged chemical attack in Syrian city of Douma.

“Given this kind of references by the “report of experts” which is issued not only by states parties to the Chemical Weapons Convention but also by reputable international experts, it is time for the technical secretariat of the OPCW to obtain suitable conclusions regarding the real causes of the current crisis within the organization, the work of which has been proved to be literally politicized due to the fabricated Syrian “chemical file” and the resolutions imposed in this regard by a group of Western countries which keep intervening in the purview of the Security Council,” the statement made it clear.

The Russian Foreign Ministry expressed its agreement with the conclusions reached by authors of the “report of experts” on the non-comprehensiveness of the provided evidence in the OPCW reports on the alleged chemical attack in Douma, stressing that this reports are politicized and questionable. 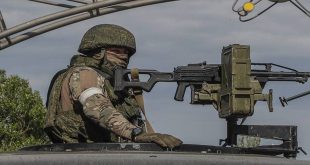